This deep cherry red sire combines strong growth to weaning numbers. His yearling numbers continue to impress with depth of rib and muscle while excelling on grass.

From the highly maternal Ada tribe; this great uddered cow family has deep roots at Nile Valley dating back to 1903.

While nursing his 2X Performance Award Dam; Promise 2518 achieved 667# WW on grass with no creep, a smashing 120 herd ratio.

Top 25% EPD TM, Top 10% WW, YW, $ F Index; Top 15% Stayability  His progeny’s phenotypes are stunning and are born easy with vigor. All of his calves born to date unassisted but one.

Use Promise 2518 with Confidence & Sleep Easy at Night.

This bull has been a staple in Studer's Shorthorn program for the last several years.  He has proven to be moderate in calving while excelling in his ability to produce performance cattle that balance out very nice phenotypically as well.  He ranks Top 1% in WW, Top 4%, in YW, Top 2% TM, Top 1% in $BMI and $F as well.

One of the most popular “sophomore” sires in the industry today.

Massive in his type and kind, he expresses volume and shear power like few can in the breed today.

He sires progeny with his power and punch. One of the best footed bulls you’ll find.

Sired by Jake’s Prince of Jazz and his dam is sired by the calving ease bull, KL Prime Time Paymaster.

MURIDALE JAXSON 4A   Jaxson is a very docile, deep ribbed bull with a big rear quarter and is out of a easy keeping, capacious Bonanza 219M cow.

Ultrasound data showed that Jaxson was one of the highest indexing bulls in the pen for both marbling and REA.

As of 2020 7 daughters have been awarded Performance dams honors 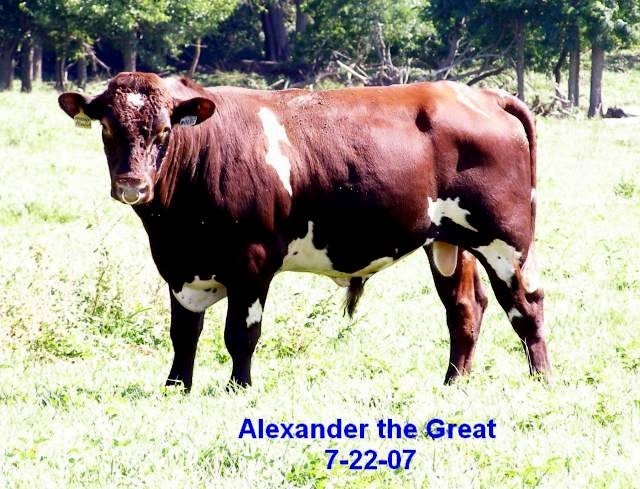